Special thanks to Dr. Rebecca Coalson for this post!  Dr. Coalson grew up in Las Cruces, attending New Mexico State University where she earned a bachelor of science in 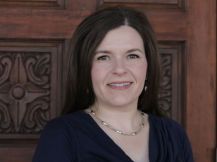 biology. Her medical degree was earned at the University of New Mexico School of Medicine. She started her career in obstetrics and gynecology at University Hospital in Albuquerque in 2008. She is board certified and a fellow of the American College of Gynecology. Dr. Coalson currently practices at Southwest Gynecology in Las Cruces and is the Medical Director for Turning Point Pregnancy Center. It’s such an honor to know Rebecca and her family as friends and faithful members of the church I pastor … and she sings great, too! Thanks again, Doc for this post!!

Dr. Coalson was also a recent guest on the Calvary Afterparty Podcast (a podcast produced through my church. Check out our conversation here (after you read the post, of course!)

Elective Termination.  Elective Abortion. Those words represented a deeply divisive issue long before the decision of Roe v. Wade in 1973, and it has become an increasingly heated and contentious issue in the past several months.  States across the country are seeking to solidify their laws regarding abortion out of fear that Roe v. Wade might be overturned with the current more conservative SCOTUS.

First New York and now New Mexico is on the horizon of solidifying House Bill 51 to “maintain the status quo” in New Mexico regarding abortion as quoted by State Rep. Joanne Ferrary of Las Cruces. In 1969 a New Mexico statute made it a felony for an abortion provider to terminate a pregnancy, with exceptions for rape/incest, birth defects and serious threats to a woman’s health. That law has not been enforced for more than 40 years because of the SCOTUS ruling. New Mexico is one of nine states that retain such abortion bans that have not been enforced since the Roe v. Wade Supreme Court decision, according to the Guttmacher Institute.

But what is the “status quo” exactly?

Currently in New Mexico: some providers other than physicians can provide medication abortions, surgical abortions may be done outside a hospital, there is no waiting period after deciding on abortion before the procedure is performed, minors do not need parental consent, and there is no formal gestational age limit for performing an abortion.

Additionally, at this time in New Mexico, providers and institutions may opt to not participate in abortions.  Ironically, even though the narrative is that abortion rights are about “choice,” House Bill 51 would rescind the ability for providers and institutions to choose to opt out of participating in abortions.  However, supporters of House Bill 51 seem to acknowledge that fact but state there are Federal legal provisions that would continue to allow providers to decline to perform abortions based on religious objections under Ferrary’s proposal.

As a gynecologist, I do have concerns about elective abortions. One of these concerns is the potential regret and psycho-social consequences of abortion.  Several studies have concluded that abortion does not harm a woman’s mental health.  However, some have argued that data is low-quality with varying study designs and many do not use validated mental health assessments.

In contrast, however, a meta-analysis of 22 observational studies found more than an 80% increased risk of depression, anxiety, and substance use disorders among women who had a prior abortion.  Therefore, while the available data can seem conflicting, I can speak to my professional experience.  Clearly, not all women regret having an elective abortion, but as a physician, I have seen many women who do regret that decision and the toll of that regret can be devastating.  The decision is permanent.  Irreversible.  For those women who have regret, the emotional and mental consequences can be a daily struggle.

I often think about my patient’s lives outside of my office; their victories, their struggles, their heartaches and joys, and how these issues in their life might affect whatever is concerning them medically speaking.

As a women’s health physician, included in those issues that I consider is abortion. With such a serious topic as abortion, I find myself asking many questions….questions I would urge everyone to deeply consider.  “Why would a law be needed to provide elective abortion up until birth?”  “Does supporting abortion rights REALLY support women? Or does it perpetuate a message, a societal undercurrent that pregnant women are a burden, or a problem, or a drain on society?”  “Are we as a society, as a church, as Christians REALLY supporting women so they can earn a living AND raise a family?” “Why do we only talk about women and abortion? Is our society holding men accountable for supporting women…even if they become pregnant?”

These questions hardly scratch the surface of issues surrounding and leading to elective abortions.  Hopefully, they will prompt us to challenge one of the most emotionally charged topics in current culture, but all the while providing an environment where people feel comfortable to engage.